Naturalistic Observation is a research technique in which people’s reactions are studied in a natural setting, meaning the setting where the activities take place. For example, if you are researching children’s reactions to pets in a daycare setting, you would observe the children in their normal day care. There are a number of advantages to using this method. First, data collected is first-hand and not based on memory. Secondly, since the subjects usually do not know they are being studied, their reactions are genuine. Finally, since the observation occurs in a natural setting, the researcher can be more confident that the behavior is real. There are some drawbacks, however. It is hard to make events happen the same way twice, so results may be hard to verify. Also, since the researcher cannot control what is going on in the setting, precise analysis may not be possible because variables occur in different degrees of intensity. 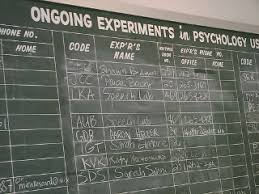 Pieces of information gathered by researchers is called data. Since this information may be too large to work with, a smaller part of entire data set may be chosen for analysis. This is called a sample. With data from a properly chosen sample, a researcher can make good estimates without examining all of the information. Most statistics in magazines and newspapers are based on samples. In order to be a good sample, it must have adequate size and has to represent the whole range of data available. For example, if you wanted to study the average height of American men, you would not get your sample from the National Basketball Association! Such a sample would be biased, because it would not represent a cross-section of all men.

Sometimes bias can be in your sample without it being known. In 1936, a magazine polled its readers to predict the outcome of the Roosevelt-Landon Presidential Election. Landon looked to be the winner from the phone vote, but Roosevelt won by a landslide. The problem: people with telephones during the Depression years did not represent a cross-section of Americans. Such bias can be avoided by taking a random sample; one that gives an equal chance of being selected. 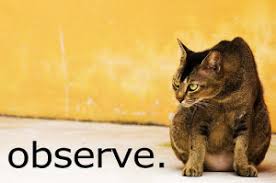 In obtaining data through naturalistic observation, sometimes the psychologist can influence the data. The researcher has his or her own feelings, attitudes and ideas. These aspects of his or her personality may distort what is seen or reported. Obviously, a very prejudiced person may not be able to conduct valid research on a race or an ethnic group outside of his or her own race or ethnicity. Also, the researcher’s methods may not be adequate for the research he is undertaking. Sometimes, the researcher is too close to his or her subject and will fail to notice certain aspects of behavior. Observer effects may also influence how the subjects behave, thereby creating a bias in observation. If the researcher wishes to get accurate data from observations, he or she must be careful as to how he wants to study the subjects and from what distance. He or she must also be aware of how his contact with the subjects mayor may not influence his investigation.

Here is a link to a site that describes the various types of bias in the radiology field.

Types of Bias and How to Avoid Them

This link provides information on the effects of participant bias in research.

Directions: Follow the instructions in each of the following sections.

Part A: Listed below are the effects of observation on research. Match the bias of the effect with the research situation described.

A. Researcher’s own feelings

1. Children in a day care center all behave in a well-mannered way when they realize they are being watched.

2. A researcher interviews students in a drop-out prevention class in order to ask questions about effective teaching styles.

4. A psychologist studies his own children as the basis for his research.

5. List 4 ways that a researcher can affect his own research and provide examples to illustrate your choices. Use examples other than those in the reading.

Part B: In your own words, describe the meaning of the following terms and provide an example for each one.

12. Conduct internet research and identify bias in a research project. Explain the project, the possible bias or biases and how to avoid bias. Be sure to provide the url (links) to the web sites you cited. You must provide a minimum of two paragraphs of 7-9 sentences each.

Looking for solution of this Assignment?